Asian private equity has found something good about the region’s aging population.

Grab intends to expand from the 55 cities in which it offered ride- hailing services as of June, President Ming Maa says at the AVCJ Private Equity & Venture Forum in Singapore Thursday. 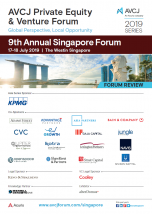