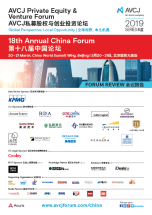 •Before founding GIG, Dr. Cai had over 10 years' work experience in state-owned scientific research and design companies. Inspired by the speech of Deng Xiaoping during his inspection in Southern China in 1992, Dr. Cai decided to explore the field of venture capital as a member of the renowned JUNAN SECURITIES, later GUOTAI JUNAN SECURITIES, and sponsored the most remarkable IPOs at that time.

•GIG, led by Dr. Cai, is one of the top healthcare investment institutions in China and has earned reputation in both business innovation and investment philosophy.

Mr. Cui joined BPEA in 2012. Mr. Cui is involved primarily in the Firm’s investments in Greater China. Prior to joining the Firm, Mr. Cui was Partner of Hopu Investment Management Co. Ltd. Before that, he was Managing Director of Morgan Stanley China Investment Banking and led HSBC’s Resources and Energy Group in Asia Pacific.

Prior to founding INCE Capital, Mr. Gan had been a Managing Partner and member of the investment committee of Qiming Venture Partners for 13 years. He started his venture capital career at the Carlyle Group in 2000 and was a Director and founding member of its Asian venture fund. He has also worked at KongZhong Corporation, Merrill Lynch, and PricewaterhouseCoopers.

Mr. Koh is co-founder and CEO of Shunwei Capital, an early to growth stage venture fund with over US$3 billion in funds under management. Shunwei Capital invests primarily in China, and also in India and Indonesia.

Mr. Koh’s representative investments include Xiaomi (1810.HK), 17zuoye, DXY, Patsnap, Onemore, Kingsoft (3888.HK), BlueD, ShareChat, Meesho, KrazyBee and Gojek. He was formerly a board member of Xiaomi and was involved in fund raising, investments and strategy in the early years of its founding.

Before co-founding Shunwei Capital, he held various positions with C.V. Starr, GIC, AIG and Deutsche Bank. Mr. Koh graduated from the National University of Singapore and Stanford University. He is currently a member of the International Advisory Council in China of Singapore Management University.

Maggie Kwok is the head of our Funds and Regulatory practice group in Asia. She has a broad range of experience spanning from fund formation, downstream investments, capital markets and corporate finance.

Maggie's fluency in the Chinese language (both Putonghua and Cantonese), familiarity with both the Western and Chinese business etiquette and culture, along with her solid training with leading onshore and offshore firms, allow her to tailor her services to meet the needs of clients in this region. She was recognized as one of the top 10 offshore lawyers operating in Asia by Asian Legal Business in 2018 - 2020 and ranked “Highly Regarded” by IFLR 1000 in 2019 - 2020.

Prior to joining the offshore world in 2010, Maggie practised for several years as a Hong Kong lawyer at international law firms including Slaughter and May.

Daizong joined NewQuest in 2016 and leads the Firm’s China business and Beijing office. He also oversees investments in the food and beverage, retail, education and e-commerce sectors. Daizong has more than 20 years of investment and private equity experience in China and brings with him a diverse set of skills from deal origination and structuring to hands-on operating experience with portfolio companies. Prior to NewQuest, he was Managing Director at CVC Capital Partners, based in Beijing. Before CVC, he served as Senior Vice President and CIO of Sinobo Group, a Chinese investment holding company, and CFO of Little Sheep Group Ltd., a Hong Kong-listed restaurant group, which was subsequently sold to Yum! Brands. Daizong also previously worked for 3i plc and the investment banking division of Goldman Sachs in Hong Kong. He holds an MBA from the Wharton School at the University of Pennsylvania and a Bachelor’s in Engineering from Shanghai Jiao Tong University. He is fluent in English and Mandarin.

Huai (Harry) Wang is the CEO & Founder of Linear Capital (Linear), a fund with USD230M equivalent AUM specialized in data technology and AI investments related to China and the greater Asia area. Harry has led investments in more than 50 technology companies, including sector leading startups such as Horizon Robotics, FraudMetrix, SensorsData, Kujiale, Tezign, WM Motor, etc. Total market cap of Linear portfolio companies reaches around US$11 billion. He also served as a CEO advisor to Dianping.com and Baixing. In 2013, Huai published a book, How Facebook was Engineered, which became popular in the Internet startup community. He served as a Judge for Forbes China 30 under 30 in 2014 and 2013. Prior to founding Linear, Huai worked for Facebook in California as an engineering manager and joined Facebook in its early years (early 2007) when there were about 100 employees. He earned his MS degree in Management Science and Engineering from Stanford University, MS degree in Machine Learning from Ohio State University(), and his BS degree in Computer Science from Zhejiang University. Huai serves as a founding member of the council for the i-tech school in the Institute of Computing Technology Chinese Academy of Science. Huai is a Fellow of the third class of the China Fellowship Program and a member of the Aspen Global Leadership Network. Huai serves as the first chairman of Future Forum Young Council. He is also selected to the Class 2018 of Young Global Leaders by World Economic Forum.

David Wei is the founding partner and Chairman of Vision Knight Capital, he has around 20 years of experience in the investment, management and operation in China.  Prior to founding Vision Knight Capital, Mr. Wei was the CEO of Alibaba Limited for five years. Alibaba is a global leading E-commerce company, and Mr. Wei successfully led the listing of Alibaba Limited on the Hong Kong stock exchange in 2007.  Mr. Wei worked in Kingfisher Plc. from 2000 to 2006, a leading home improvement retailer in Europe and Asia. He was the CFO then CEO of B&Q China, a subsidiary of Kingfisher plc. Prior to that, Mr. Wei was head of investment banking for Orient Securities Co. and then corporate finance manager at Coopers & Lybrand (now part of PricewaterhouseCoopers).

He was ranked one of “China’s Best CEOs” by Financial Asia magazine in 2010.  Besides, He was the vice president of China Chain Store & Franchise Association and is a Director of PCCW Limited.

He holds a Bachelor's degree in International Business Management from Shanghai International Studies University and is a graduate of the corporate finance program at the London Business School.

Paul Yang (Hong Kong) joined KKR in 2017 and is a Member and Head of KKR Greater China. Prior to joining KKR, Mr. Yang was the president and CEO of the China Development Financial Corp. ("CDFC"), one of the oldest and largest merchant banking groups in Asia with over $20 billion in assets. He led a team of over 7,000 people with operations in Taipei, Hong Kong, Shanghai, Seoul, Singapore, Bangkok, and Jakarta. Having joined CDFC in 2005 as its chief investment officer and head of its private equity operation, he was promoted to the CEO role in 2011. During his tenure, Mr. Yang successfully restructured its then-proprietary private equity operation into a growing asset management franchise and was credited with completing a series of strategic acquisitions in banking and securities that has transformed CDFC. Prior to CDFC, he was managing director and head of private equity and mezzanine finance at DBS Bank in Hong Kong. He has held positions at ICG Asia, Goldman Sachs & Co., General Atlantic and The Boston Consulting Group in the U.S. and Asia. He holds an M.S. and B.S. in Mechanical Engineering at MIT and his M.B.A. from Harvard Business School.

Zhan is an Investment Principal responsible for origination and execution, and is based in the firm’s Hong Kong office.

Mr. Jason YAO (Managing director, Head of Greater China) is heading the business activities in Greater China region on behalf of Ardian. He is responsible for sourcing opportunities of investment and fundraising on the ground while in charge of company operation. He has rich experience in alternative investment especially in secondary. He joined Ardian in Feb 2011 in Singapore and moved to Beijing in 2012 to set up the Beijing office.

Before Ardian, Mr. Jason Yao worked for McKinsey as a business consultant.

Mr. Jason YAO holds an MBA from INSEAD and a bachelor’s degree of world economics from Fudan University

Xun is a lecturer in Law on the faculty of the University of Pennsylvania Carey Law School. She teaches Private Investment Funds.

Xun started her legal career as a fund formation lawyer in the New York office of Paul, Weiss, Rifkind, Wharton and Garrison LLP.

Xun is admitted to practice in New York and Hong Kong. She is a native Mandarin and Cantonese speaker.

Tony is a Partner of Jeneration Capital. Prior to joining Jeneration Capital in 2017, he was a Partner at Coatue Management, a technology and consumer-focused global hedge fund manager with over $11 billion of assets under management. Previously, he was a Principal at DCM, a U.S. and Asia-focused venture capital fund. Tony has over 12 years of investment and corporate development experience in Asia. He is a member of the Investment Committee. Tony graduated with honors from Peking University with a Bachelor of Arts in Accounting and a Masters of Business Administration from Harvard University.

Vivian Joined Advantage Partners in July 2015 as one of the founding members of the Asia buyout fund.

Responsible for investments including ESG, Shih An Farm, Greenlight Education and Asia Gourmet Holding. After joining Advantage Partners, Vivian has spearheaded AP’s Greater China operations, including the establishment of our Shanghai office in October 2016. She has also built out the firm’s local investment and management teams, expanded AP’s network and coverage in GC, and strengthened the AP brand name in the Chinese market. At Advantage Partners’ Greater China portfolio companies, Vivian leads our team’s efforts to form growth strategies, develop new products and services, enhance management control systems, and achieve inorganic growth through add-on acquisitions. Vivian helped established AP’s presence in the Taiwanese buyout market by leading the investment in Shih An farm where she recruited a talented professional management team to transform the founder-led rural farming business into an institutional world class operation. Under her leadership, the company rebuilt its IT infrastructure and financial systems and further enhanced its world class ESG standards, helping to make the company one of the leaders in the egg industry in the region.

Prior to joining Advantage Partners, Vivian was the China head at AIG Investments. Before that she spent more than 12 years in the management consulting industry as Senior partner of Roland Berger Strategy Consultants and a Principal from the Boston Consulting Group. MBA from University of Texas at Austin and B.S. from Beijing Normal University.

Before joining KPCB China as a founding member, Mr. Zhou was the CEO of Shanghai Hanbo Tech Co., a leading e-payment solution provider, which was later successfully acquired. Prior to that, Mr. Zhou held senior positions at Start Computer Group (SH:600734) since 1994. As the youngest executive, he grew from a regional operation leader to the supervisor of the entire e-payment ecosystem and corporate M&A. He led the company throughout its startup stage, IPO, to the following years of fast growth.