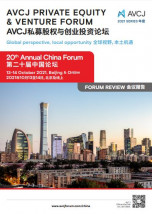 Eva Lee is the Head of HK Equity at UBS Global Wealth Management Chief Investment Office in Hong Kong. She joined UBS in Sept 2011 and led a team covering HK/China property research sector. Eva built up and held up the top 3 positions in Asia Real Estate research in the Institutional Investors poll of 2016/17/18. Eva has covered the HK/China property sector for the last 21 years at UBS, before that, at Macquarie, ING, Credit Suisse and HSBC. Eva is a member of Chartered Financial Analysts, American Institute of Certified Public Accountants and Hong Kong Certified Public Accountants.

Jingyi Xu is a partner of Cooley’s fund formation practice. Her practice focuses on the formation and representation of private investment funds both in the United States and internationally. In particular, Jingyi specializes in representing fund managers investing in China in connection with the formation of their USD-dominated funds, including venture capital funds, private equity funds and project funds, as well as upper-tier arrangements ,carried interest plans and various governance matters.  Jingyi also represents institutional investors (including sovereign wealth funds and funds of funds) and other investors in connection with investments in private funds.

Jingyi was recognized as the “Rising Star” by The Legal 500 Asia Pacific 2021 edition.

Jingyi is a native Mandarin speaker and is fluent in English. She received her LLM from Stanford Law School and BL from Peking University. She is admitted to practice in California and New York.

Jacob Chiu is a Managing Director responsible for Asian PE manager research and co-investments for HQ Capital, a leading global independent alternative investment manager with $8 billion AUM in private equity. Previously, he was a Partner with FLAG Squadron Asia; a Managing Director with Search Investment Group; and held senior operating and financial roles with Glaxo, Kraft and TigerPack. He holds an MSc in Financial Management from the University of London.

Qingru is a Director at ACP, covering fund and co-investments across the entire APAC region. Prior to joining ACP in 2010, Qingru worked at the Government of Singapore Investment Corporation (Special Investments), where he was an Associate. Qingru holds a BBA in Finance from the University of Michigan, Stephan M. Ross School of Business.

Xiaonan Tian is a member of Emerging Markets team at Commonfund Capital and heading the China office. She is mainly responsible for the oversight of due diligence, manager selection, investment monitoring and portfolio construction for the firm’s private equity and venture capital investment management programs in the Asia-Pacific basin. Xiaonan has been engaged in PE/VC investment since 2008, started with FoF practice with Sal. Oppenheim Private Equity Partners (Germany) and later joined Deutsche Bank Singapore (APAC Headquarter), engaged in investments across different geographies with a focus on Asia, especially China. She was most recently a Senior Vice President at HSBC China responsible for the sponsors coverage strategy before joining Commonfund.

Xiaonan received a B.A. from University of International Business and Economics and a Master’s Degree from Friedrich-Alexander University Erlangen-Nuremberg.

•Vivian Ren is a Managing Director and Head of Consumer & Retail in China with BDA. She has over 15 years experiences practicing M&A.

•Vivian holds an EMBA from CKGSB, MBA from University of Michigan, and BA from SUFE.

Prior to McKinsey, I worked in Deutsche Bank and Merrill Lynch in Asia and North America

Frank Jin is an Executive Director within Morgan Stanley’s Mergers & Acquisitions Department based in Hong Kong. He is currently the M&A Operations Officer for Asia Pacific.

Frank has over 13 years of experience practicing M&A. Prior to joining Morgan Stanley, Frank worked in the Mergers & Acquisitions group at Standard Chartered and the law firm of Sullivan & Cromwell focusing on M&A transactions and leveraged finance in New York and Hong Kong. Frank is dual qualified as a New York lawyer and Hong Kong solicitor.

Frank received a B.Sc. from the University of Toronto, in Biology and Commerce, and a J.D. from Harvard Law School.

Frank’s M&A practice focuses on China-related transactions as well as those involving listed companies in Hong Kong and other venues.

Gian-Marc Widmer is Director and Head of International M&A at CITIC Securities. He joined the firm in 2014 and is focusing on sourcing and execution of cross-border transactions involving Chinese investors/targets.

Based in Beijing, he has been focusing on M&A, restructuring and corporate development since 2001 with a track record of more than US$15bn of transactions executed in Europe, Asia, North+South America.

Mr. Widmer has previously worked at Lazard in London and New York focusing on transactions including M&A and debt restructuring as well as at Altira Group in their renewable energy fund as head of the China investment team.

Mr. Widmer has been based in China since 2005, holds an MBA from INSEAD and speaks Chinese.

Miranda Zhao joined Natixis in 2019 as Head of Mergers & Acquisitions, Asia Pacific, Corporate & Investment Banking. Miranda is responsible for leading the development of M&A activities for the Asia Pacific platform, working closely with the bank’s in-house teams as well as its network of boutiques in the region and globally.

Miranda has extensive investment banking experience across Asia Pacific and Europe, with a strong focus on cross-border mergers and acquisitions.

Her most recent role prior to joining Natixis was as Head of Mergers & Acquisitions at China Everbright Capital Limited. Prior to that, she works for various global investment banks, including Morgan Stanley, Merrill Lynch and The Royal Bank of Scotland/CIMB.

Ethan Jin represents clients on securities and corporate transactions in the Greater China region, including Hong Kong IPOs, pre-IPO private equity investments, investments in and corporate governance of HKEX listed companies, private placements, public and private M&A and compliance. He advises clients on a wide array of industries and has led the execution of dozens of Hong Kong IPOs, representing both issuers and underwriters. He also has experience advising on foreign direct investments in China.

From 2001 to 2004, Ethan practiced PRC law in respect of foreign direct investment in China. He is one of the few Hong Kong capital market lawyers who are familiar with the corporate legal practice of both Hong Kong and Mainland China.

Ethan is a native Mandarin speaker and is fluent in English.

Ms Bao joined HKEX in 2016 as the Chief of Staff, reporting to the CE of HKEX. She was responsible for the planning and oversight of the Group’s strategic projects.

Prior to joining HKEX, Christina held a number of senior positions at Ping An Bank (previously at Shenzhen Development Bank, which merged with Ping An Bank in 2010) since 2001. At Shenzhen Development Bank, she served as the Chief of Staff to the Chairman and CEO from 2005 until 2010, and was responsible for the bank’s strategic projects, Investor Relations and Public Relations. After the merger and integration of the two banks, she headed Retail e-Banking, Service & Marketing, and the Retail e-Finance Strategic Business Unit for Ping An Bank.

John C. Lee is Vice Chairman and Head of Greater China, Global Banking for UBS AG. Mr. Lee joined UBS AG in March 2017 and is currently responsible for senior client coverage and origination efforts for M&A and equity and debt capital markets origination efforts in the Greater China region. He has over 25 years of investment banking experience with transactions across Asia in a wide range of product areas. Prior to joining UBS AG, John worked at Bank of America Merrill Lynch for 20 years from 1996-2016 as Vice Chairman of Asia Coverage and Head of Hong Kong, Taiwan and Macau coverage and at Bear Stearns Asia Limited for 2 years from 1994-1996. Mr. Lee is a Council Member of The Better Hong Kong Foundation and Vice Chairman of Hong Kong-Mainland International Investment Society. John holds a BBA degree from Southern Methodist University in the U.S., with a concentration in Finance and Real Estate.

Daizong joined NewQuest in 2016 and co-heads the China business. Daizong has 25 years of investment and private equity experience in China and brings with him a diverse set of skills from deal origination and structuring to hands-on operating experience with portfolio companies. He is based in Beijing.

Prior to NewQuest, he was Managing Director at CVC Capital Partners, based in Beijing. Before CVC, he served as Senior Vice President and CIO of Sinobo Group and CFO of Little Sheep Group Ltd., a Hong Kong-listed restaurant group, which was subsequently sold to Yum! Brands. Daizong also previously worked for 3i plc and the investment banking division of Goldman Sachs in Hong Kong.

He holds an MBA from the Wharton School at the University of Pennsylvania and a Bachelor’s in Engineering from Shanghai Jiao Tong University. He is fluent in English and Mandarin.

Jielun Zhu earned his MBA from Harvard Business School with distinction and B.A. degree with honors from Wesleyan University. He is also a CFA charter holder.

Mr. Zhu has over 15 years of experience working across investment banking and strategy consulting for global and regional healthcare clients.

Immediately prior to joining I-Mab, Mr. Zhu was Managing Director and Asia Head of Healthcare Investment Banking and Capital Markets in Hong Kong for Jefferies Group LLC. At Jefferies, he led many high-profile IPO, M&A and other strategic transactions for biotechnology and other healthcare clients in the Greater China region and beyond. Before Jefferies, he worked for Deutsche Bank in its Hong Kong office as a senior member of the healthcare coverage team and for UBS AG in Hong Kong prior to that. Before investment banking, Mr. Zhu was a strategy consultant in Boston serving clients in the pharmaceutical and biotechnology industry in the U.S.